Hall of Fame of the Trotter

Step back in time at the Goshen Historic Track, and you’ll find yourself in a grandstand filled with jeering and cheering betters eyeing the competition while witnessing some of the best Standardbreds in horseracing.  Waiting for the hooves to break its surface, is the smooth dirt of the one-third-mile oval.  A drop of rain will end the commotion, but there’s not a cloud in sight. Racing fans file in to claim their earnings as the final horse crosses the finish line.

Today, much has changed since the track’s historic beginnings, but as members of the Goshen Historic Track say, “At Historic Track, it is possible to see the past and future while looking at the present.”

Opening in 1838, the Goshen Historic Track is the oldest active trotting track in the world.  Not only has it been in operation ever since, but it has also grown to be a half-mile track.  It was the first to host pari-mutual betting, and also was the first half-mile track to join the Grand Circuit, which is the oldest continuing harness horse-racing series in the United States.  The track is the reason the town of Goshen earned its honorable nick-name, “The Cradle of the Trotter.”

This famed-oval once accommodated champions including Greyhound, who held a record breaking time trial, Uhlan, Speedy Rodney, Titan Hanover, Proximity, Tassel Hanover, Star’s Pride, Matastar, and Goldsmith Maid.  Champions like The Messenger and his grandson Hambletonian are even commemorated as their grazing trees still stand marked at the corners of the track.  Local stories also claim the likes of famous figures watching the races.  President Ulysses S. Grant was said to have watched the races from a barn behind a Main Street home he was staying at in the late 1800’s.  With such high-profile notoriety, it comes as no surprise that the Historic Track was hailed a Registered Historic Landmark by the National Park Service in 1966, the first of only two sporting sites in America to be named, the other being Louisville,  Kentucky’s Churchill Downs in 1988.

The track’s initial success is accredited to the Harriman Family.  A fellow named Edward Henry Harriman, who was the son of an Episcopal minister, always loved the outdoors and horses, especially roadsters and trotters.  In 1894, he gained control of Historic Track and conducted amateur races and horse shows there.  He built up his own stable, with W. J. Andrews in charge. He owned and drove many good horses, including Stamboul, John R. Gentry and Elsie S. Arden Homestead Stable, which he founded.  After about 85 years of service, the time came to pass off the reins of responsibility to a new group, Goshen Historic Track, Inc., a not-for-profit organization dedicated to the preservation of the Historic Track.  Under watch of the board, the track has seen the last of its betting, but the members of the not-for-profit organization work hard to keep the honorable track solvent.

The Board is collectively made up of local professionals volunteering to maintain the renowned Historic Track.  Their dedication and hard work allows the Historic Track to serve as a year-round facility available to horsemen from all over the region, as well as a cultural, convention, concert, and community center for Goshen and people from throughout the Hudson Valley.  These dedicated board members recently received the Excelsior Award which honors them for their engagement and retention from their many years of service.

Although time has passed since some of the aforementioned famous names have crossed the path of the Historic Track, those involved still strive to maintain this small piece of history.  Barns have been added and refurbished as the Board of Directors work tirelessly to preserve this historic landmark.

In its beginnings, the track was closed at the first sight of rain; however it has been transformed into an all-weather track and year-round training facility.  Winter months reveal the extreme dedication of horsemen as they train in brutal conditions.  During the summer, the track hosts brief, yet intense racing events such as exciting matinée races and of course the Grand Circuit races.  These races are usually scheduled around the Fourth of July and last for four to five days.  This week of entertainment is not only a great value to the residents, but the increase in tourism throughout the village helps boost the local economy.

The Historic Track, now a solvent entity, relies on funding, community involvement, and special event booking to preserve its existence and standing as a historic landmark in Goshen.  The hollers of wagers and pounding hooves may have changed to the sounds of humble cheers and soft trots, but the Historic Track still stands as a prized location to “The Cradle of the Trotter” where the present offers a glimpse into the past and imparts hope for the future. 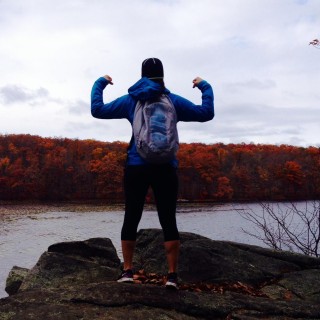